Any one big into their football will know that Chevrolet have sponsored both Liverpool F.C and Manchester United. Smart move? Maybe, though their commercial has stirred up much anger amongst the fans of the opposing sides, adding unnecessary fuel to an already burning fire.

However, as part of the sponsorship deal, United legend Paul Scholes was using a Chevrolet Captiva with the range-topping LTZ trim… and it got pinched off his drive when Scholes left it running (whilst unattended) to defrost the windscreen.

A number of United players have recently received Chevrolets as part of the sponsorship deal, but killjoy Sir Alex has banned players under 23 year old from obtaining the Corvette, 195mph supercar. Probably a wise move; footballers are hardly known for their discipline behind the wheel of supercars. 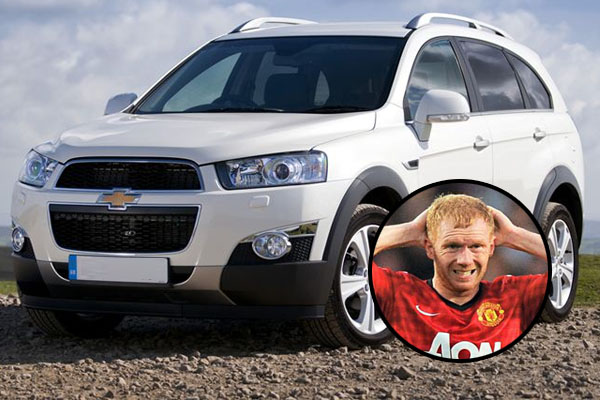